Check out ” Mieszko – The Legacy” with your own eyes! 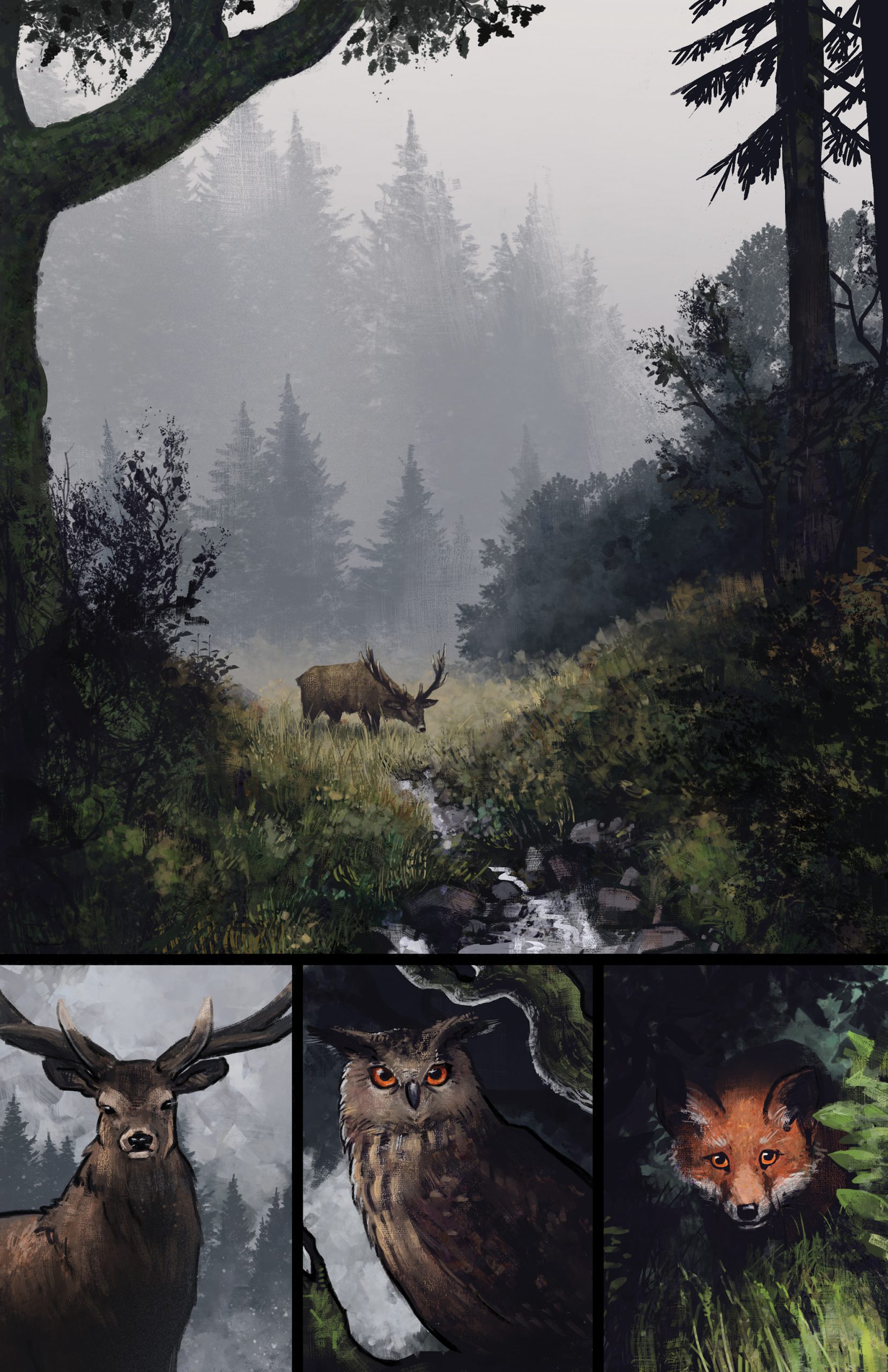 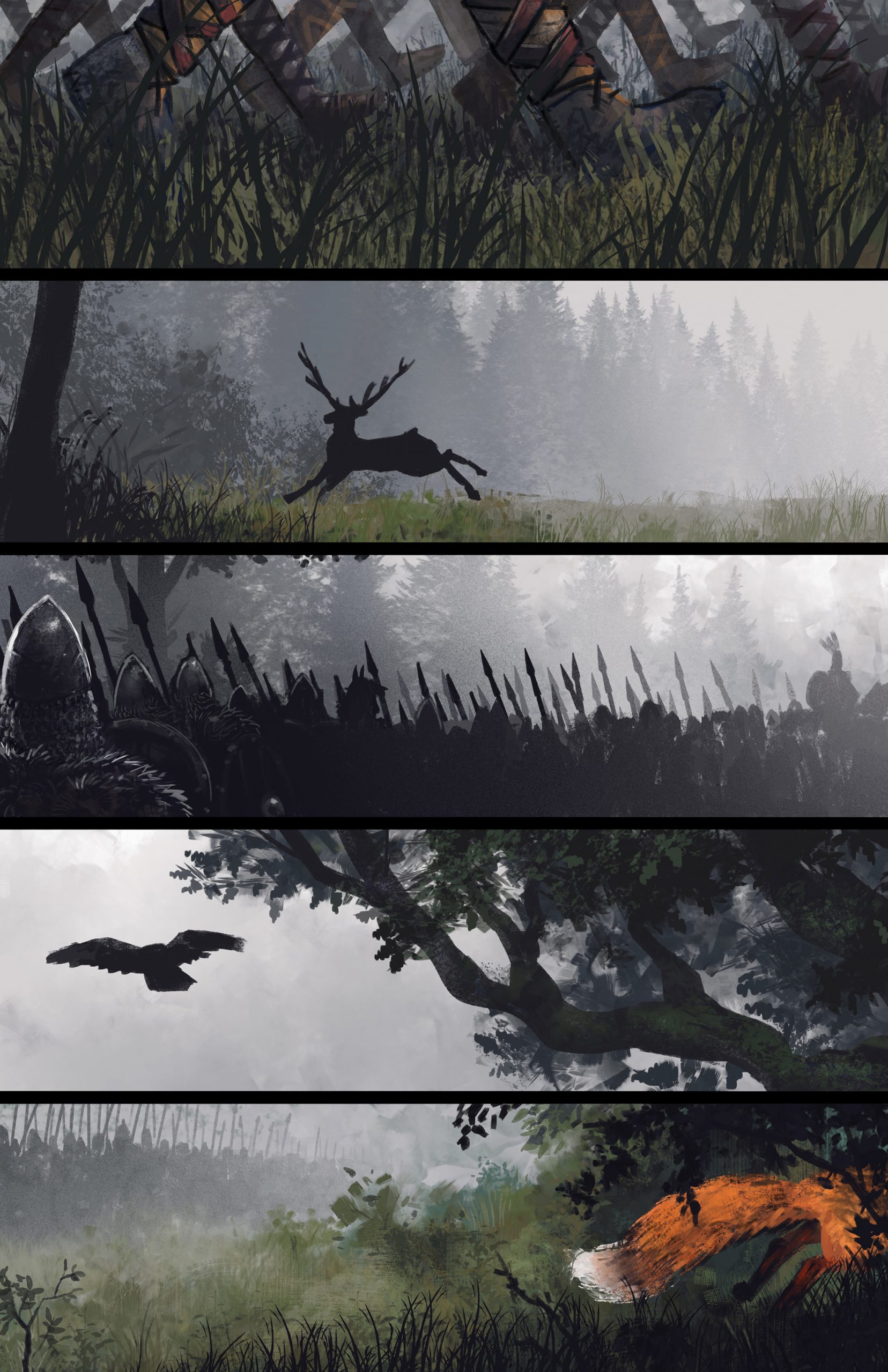 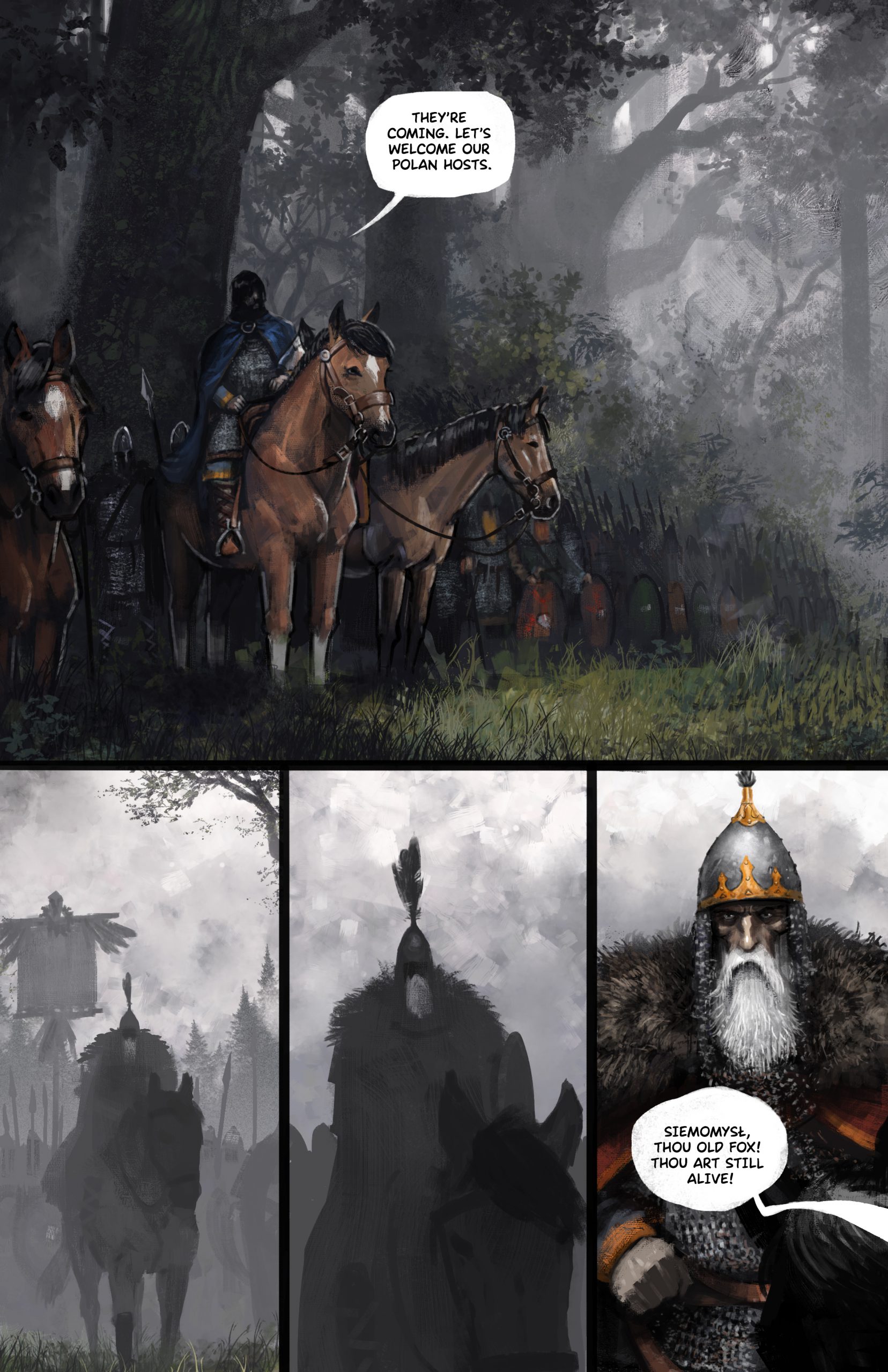 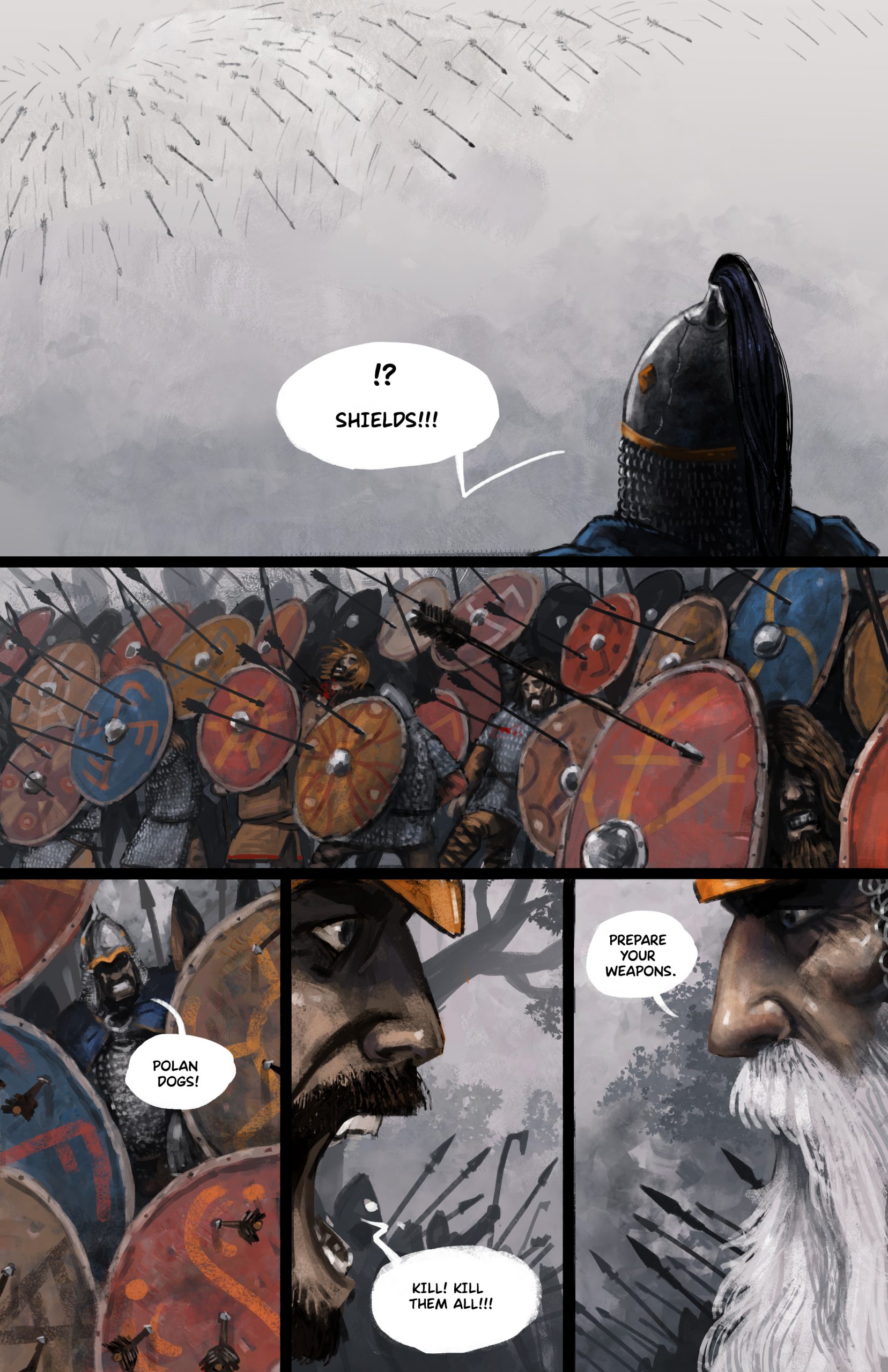 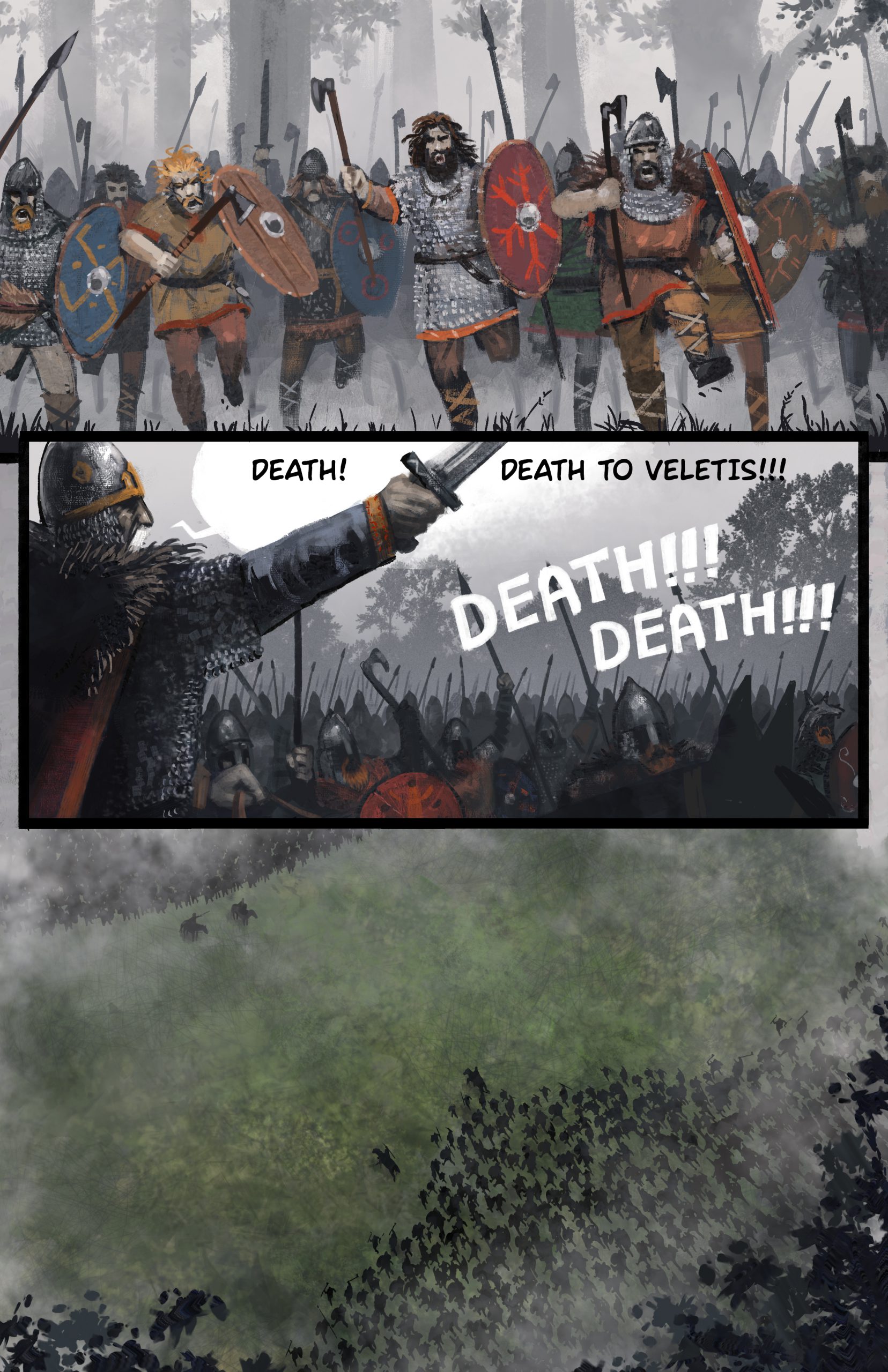 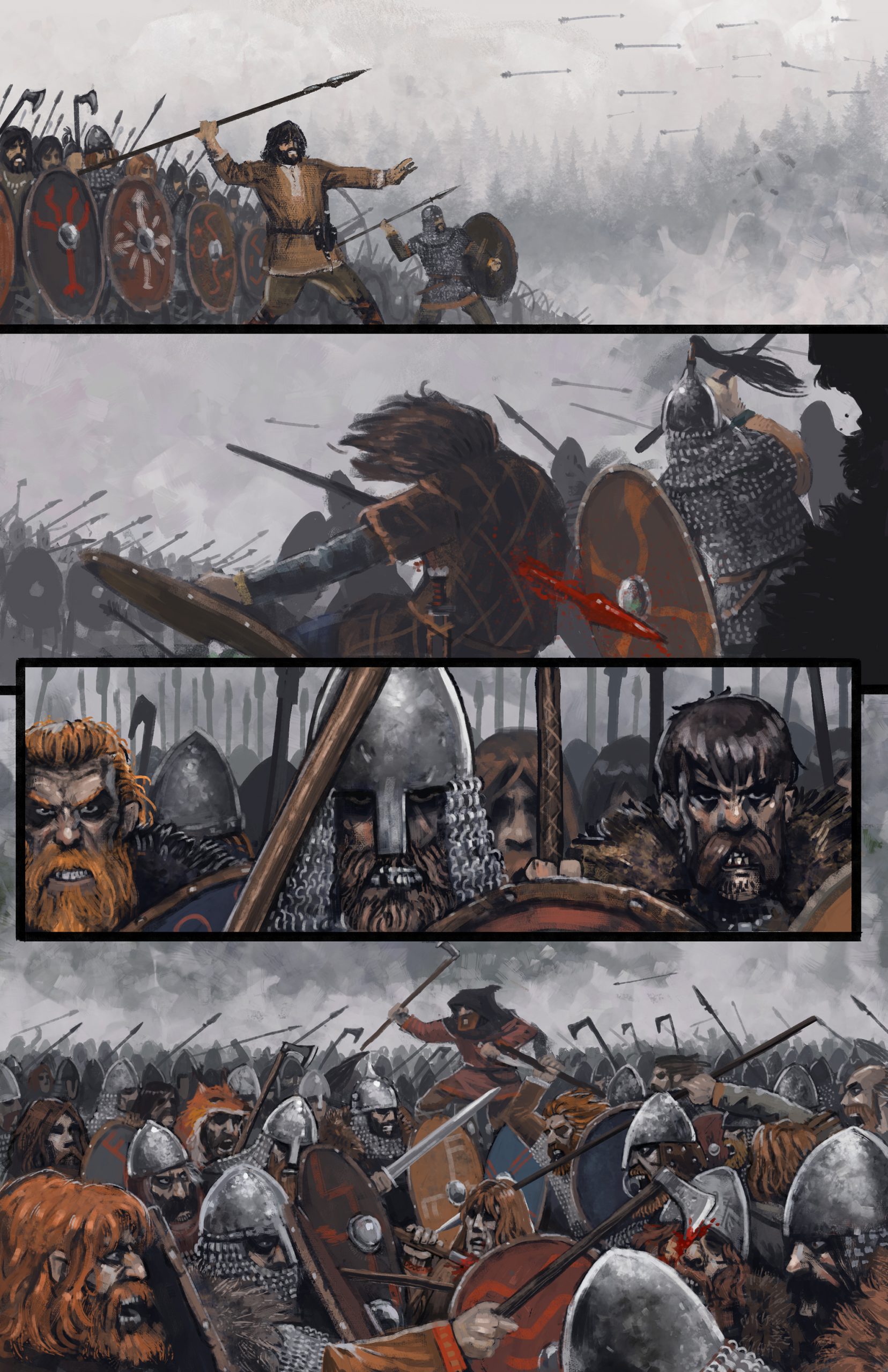 Siemiomysł, Prince of Polans is in a tough fight with the Veletis. After this battle, there will come changes in his tribe…

Siemomysł, after a victorious battle with the enemy Veletis, returns to Gniezno seriously wounded, where he is to announce which of his sons – Mieszko or Zdziebor – will settle on the ducal stool…

What is it about?

In Europe, at the beginning of the 10th century A.D., in the midst of the chaos of history among Western Slavic tribes, one that was to decide on its future and that of its neighboring nations emerged.

The Polans — those who lived among open fields (“polana” means “field” in Polish) — having no protection from geographical barriers, nor from powerful rivers or mountains, were forced to expand to find one.

Decade after decade, they conquered the lands of the surrounding nations and defended themselves against invasions. In these dark times, the number and bravery of the warriors was not enough — in order to preserve primacy over rivals, one had to win the will of capricious and insensitive Slavic gods.

The Polish state grew stronger under the care of the Piast dynasty, until the middle of the 10th century, when the power over the tribe fell into the hands of Mieszko the First: the first historical ruler of Poland.

The young ruler faces many problems. In the north, the powerful tribes of the Veleti under the protection of their god of war, Svarog, are reaching out more and more boldly towards the Polish lands, and the borders of the German kingdom inexorably get closer in the west. The Germans are willing to forcibly impose Christianity on all pagans.

Can the duke handle the challenges of power? Will he be ready to do whatever it takes to preserve and strengthen his power? Will he be able to resist his enemies, both on the battlefield and as the conspirators?

The comic book depicts the dark face of the early Middle Ages, conspiracies, betrayals, bloody, yet great and spectacular battles, the beauty of pure, untouched nature, the contact between the pagan and Christian world — all beautifully illustrated.

If you want to know the fate of Mieszko, the great warrior and hero, reach for the “Mieszko” graphic novel. The first two parts will be available soon! 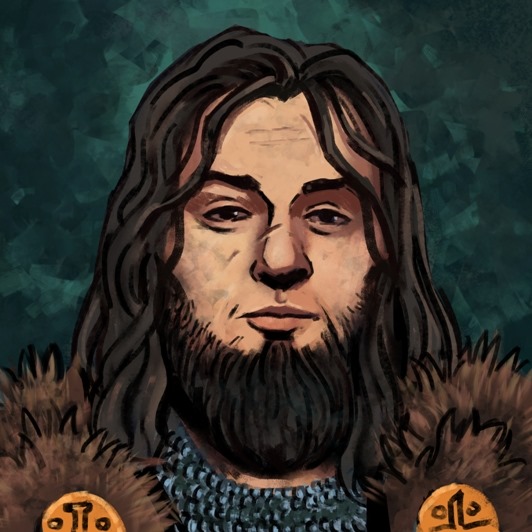 The originator of “Mieszko” is responsible for the visual side of the comic book and its plot. Drawer, comic book creator and, of course, history enthusiast! 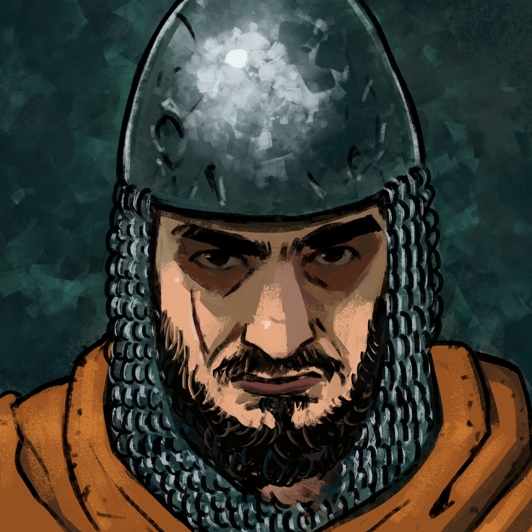 He acts as project coordinator. He takes care of deadlines, organizational matters and finances. He runs an advertising campaign on social networking sites and provides historical content on a fanpage.

The aim of the project is to publish a series of comic books about the first Polish historical duke.

Immerse into the incredible history of the Polans – fierce and brave people surrounded by enemies and standing on the cultural border between young Christianity and old paganism.

Get to know Mieszko – his dilemmas, challenges, failures and successes.

We will answer every question as soon as possible!

Koszyk
Produkty
0
Razem:
$0.00
Kup teraz!
0
This site uses cookies! We must do this to provide services at the highest level. Further use of the site means that you agree to their use ;)I agree!